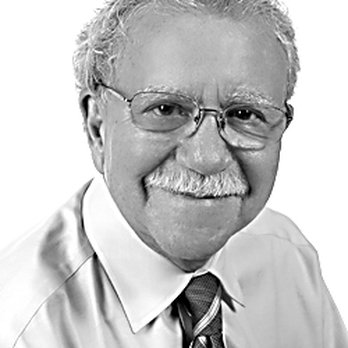 Writing has always fascinated Jim. Biographers note that he actually preferred writing to eating when he was younger. As an experiment, his mother once fed him nothing for two entire days then brought out a big plate of macaroni and cheese along with a writing pad and some big crayons. Jim looked at the food and then at the crayons, until he couldn’t take it anymore and ate the crayons. Of course, he doesn’t eat crayons anymore. He eats Sharpies.

After he received his Masters Degree in Advertising Copywriting, Jim was hired by Foote Cone and Belding in Chicago to write for huge accounts like Hallmark, Kraft, Sears, Armour Dial. He was also involved in such culture-affecting decisions as “Who wants that last donut?” and “Where are we eating lunch?” At FCB, Jim was famous for client presentations that had them laughing in the aisles. Too bad he wasn’t allowed in board rooms.

The Fun World of Freelance

After four years, Jim left FCB for the wacky world of freelance writing where he helped start and was elected Charter President of the Independent Writers of Chicago (IWOC) an organization that is 30 years old and has close to 100 writers (who are not quite 100 yet). Jim wrote a speech for singer / environmentalist John Denver, had a hate correspondence with Isaac Asimov and appeared on TV three times—not once because he was arrested.

For 5’4″ Jim Ardito, “freelance writer” wasn’t a big enough term for jobs he began tackling like developing new product concepts for AT&T World Headquarters . The answer? Ardito Creative Enterprises (ACE) with a focus on writing, but the ability to expand like popcorn to become a full-service creative resource for huge clients who need buttering up, like FedEx, Baxter, Kraft, Pfizer and many more. Today, when salt-of-the-earth graphic designers and Website designers and programmers are needed, Jim can tap their talents in two shakes.

Yes, Jim spent five years as a senior writer for a pharmaceutical healthcare agency in Chicago. Sometimes he wonders why he did that because pharmaceutical writing is the hardest copy to write in the world. hardest writing in the world, but then he remembers the answer, “they pay writers huge sums of money.”

Today, ACE is the place for all your writing and creative needs. See our services and contact us now. Operator is standing by.

Here’s a peak at highlights of Jim’s breathtaking climb up Mount Neverrest. Says Jim, “the climb may have been hell, but this high-level view of my major accomplishments is heavenly.”